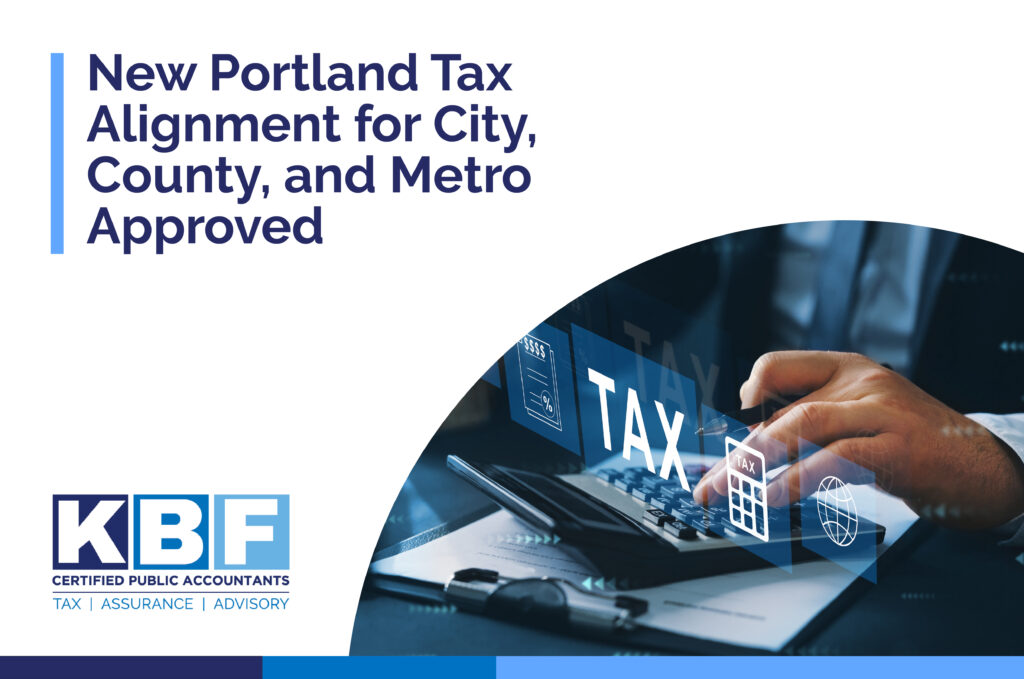 The Portland City Council recently voted to simplify the sales factor apportionment for businesses in the area. These approved changes would allow Portland, Multnomah County, and Metro taxing authorities to use the state’s sales factor apportionment starting on or after January 1, 2023. The update aims to reduce the differences between jurisdictions and enables them to adopt and conform to the state’s market-based sales sourcing. As a result, apportionment and allocation differences will be reduced, making jurisdiction tax returns easier to prepare.

Businesses that provide services and sell non-tangible personal property will see the most significant changes in their city, county, and metro tax burdens, which will now more closely match what income is apportioned to Oregon.

The adopted changes will not only reduce cumbersome alternative tracking of sales for local jurisdictions, but will also help service providers who employ labor forces in the local markets and reduce their taxable income for services performed for clients outside of the metropolitan area.

Furthermore, businesses from outside of the Portland region and outside of Oregon will now be required to apportion their income into the city/county/metro taxing authorities to more equitably raise tax revenue, reflecting the greater economy where commerce is routinely conducted across jurisdictional boundaries.

The proposed changes do not fully conform to Oregon’s apportionment factor, leaving a significant gap. Complete compliance would necessitate the adoption of the state’s throwback provisions for the sale of tangible personal property (inventory). When sales are not taxable in the destination jurisdiction, they are assigned to the jurisdiction of origin. The proposed changes do not comply with the state’s throwback provision, and throwback would still be optional in the future.

The ordinance includes measures: 1) providing that “business income” and “non-business income” shall have the same meaning as “apportionable income” and “nonapportionable income” respectively, as defined in the state statutes; 2) enumerating the provisions that will apply to tax years beginning prior to Jan. 1, 2023, and on or after Jan. 1, 2023; 3) explaining the owners’ compensation deductions allowed to sole proprietorships, partnerships, and corporations; and 4) providing that no additional deduction is allowed to estates and trusts. After adoption by City of Portland, the code changes were also adopted by Multnomah County and Metro. The changes will take effect for tax years beginning on or after January 1, 2023.

If you have any questions on how this update will impact your business, get in touch with our team at contactus@kbfcpa.com.