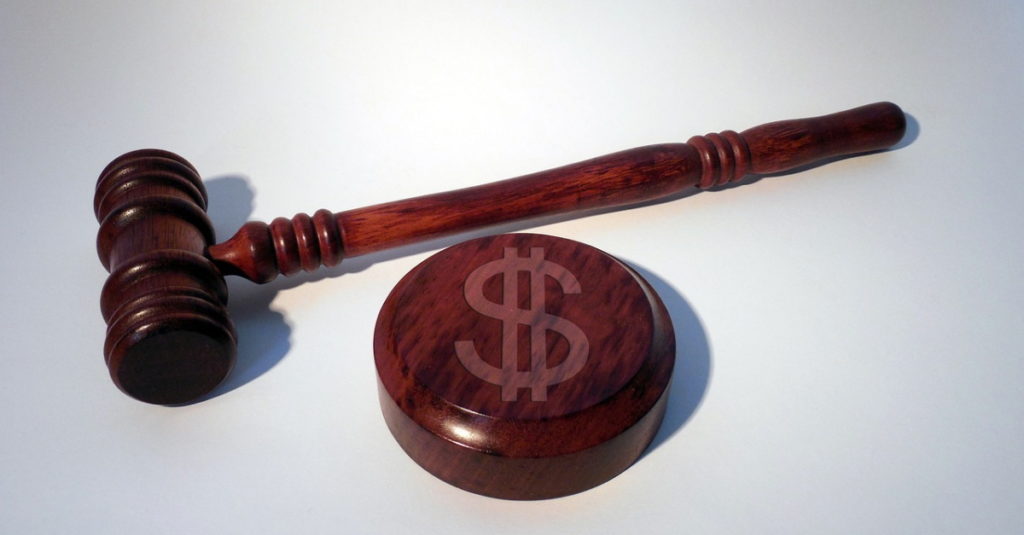 The Tax Cuts and Jobs Act (TCJA) substantially broadened the scope of IRC Section 162(f), which previously disallowed a deduction for fines and penalties paid to a government entity. The TCJA now limits the deductibility of certain amounts paid to or at the direction of a more broadly defined universe of governmental entities for not only a violation of the law, but also a potential violation, or an inquiry by a governmental entity into a potential violation of the law. However, certain exceptions are provided under Section 162(f)(2) that allow a taxpayer to nonetheless deduct certain fines, penalties, or other amounts for payments made as “restitution, remediation, or to come into compliance with the law.” Amounts arising from certain private party suits in which a government is not a party and for certain taxes due are also excepted.

The TCJA also added IRC Section 6050X, which requires certain governmental entities to report the total fines and penalties paid with a separate identification of the portion of such payments which constitute an amount that was paid for restitution, remediation, or to comply with a violated law.

The proposed regulations broaden the universe of nondeductible payments to include not only those made for a violation but also an investigation or inquiry into the potential violation of any civil or criminal law. Furthermore, this scope includes payments reimbursing the government for its legal or investigation costs. Comments are solicited by Treasury as to how far this scope extends. For example, does it include the costs of routine governmental audits, inspections, or reviews conducted in the ordinary course of business?

The proposed regulations also potentially limit a portion of the interest expense that can be deducted with respect to taxes due. If a governmental entity assesses fines or penalties on taxes, the interest owed on such fines and penalties would not be deductible. Interest assessed on the taxes due, however, would still be deductible.

The exceptions allow a taxpayer to deduct amounts that were paid for restitution or remediation. Payments qualify for these exceptions if they restore, either in full or in part, the governmental entity or person that is harmed by the violation of the law. Restitution and remediation do not include disgorgement or forfeiture nor amounts paid or incurred as reimbursement to government entities for investigation or litigation costs. Amounts paid to compensate an injured party may be deductible as distinguished from payments to punish or deter the taxpayer from engaging in future violations which are not deductible.

Payments made to achieve a specific corrective action or to provide property in order to come into compliance with the law are also excepted from disallowance by Section 162(f)(2). However, the taxpayer must still determine if a deduction is delayed by the separate capitalization requirements of the IRC or as a payment obligation under the economic performance rules of Section 461(h).

Even if the payments meet the definitions for the provided exceptions, the deduction can be denied unless the taxpayer meets both an identification and an establishment test. Identification is generally met through an order or agreement entered into by the taxpayer which stipulates that a specific amount is for restitution, remediation, or an amount paid to come into compliance with the law. However, the IRS may rebut the presumption that such identification qualifies the payment for the exceptions by providing evidence that the payment was not actually made for the purpose identified in the order or agreement.

To overcome such a challenge from the IRS, the taxpayer must further meet the establishment requirement which is done by providing documentary evidence that it was legally obligated to make a payment for the qualifying purposes of restitution, remediation, or an amount paid to come into compliance with the law. Supporting documents could include correspondence between the taxpayer and the governmental entity evidencing the alleged intent and purpose of the settlement, as well as legal or regulatory provisions related to the underlying violation of the law. In other words, qualification of the payments must be established by evidence which is both legally persuasive and supported by a substantiation of the facts that is consistent with the legal arguments.

Explanation of the Section 6050X Regulations

The proposed regulations under new Section 6050X, provide that if the amount paid in fines and penalties by a taxpayer exceeds $50,000, then the appropriate governmental entity named in the agreement would be required to file an information return on Form 1098-F with the IRS. The information return must include the aggregate amount the payor is required to pay; the separate amounts required to be paid as restitution, remediation, or to come into compliance with the law; and any other information required by the form’s instructions. This information must also be provided to the taxpayer.

The proposed regulations require the governmental entity to file the 1098-F with the IRS on or before January 31 of the year following the year in which the agreement or the order becomes binding under law. These reports must be filed even if there are pending appeals on the order.

A state’s environmental enforcement agency enters into an agreement with Company A for violating the state’s environmental law. Under the agreement, Company A must pay $40,000 in civil penalties, $80,000 in restitution for environmental harm, $50,000 for remediation for contaminating sites, and $60,000 to upgrade its operations to come into compliance with the law. As long as the identification and establishment criteria are met, Company A will be able to deduct $190,000 ($80,000 in restitution + $50,000 for remediation + $60,000 to come into compliance with the law). The $40,000 civil penalties are not deductible.

The proposed regulations substantially increase the technical and procedural hurdles for a taxpayer to deduct certain fines, penalties, and other payments than what was possible under Section 162(f) prior to the TCJA. Under the proposed regulations, the taxpayer must not only secure agreement from their counterparties to mutually identify negotiated payments as restitution, remediation, or made in order to come into compliance with laws, but must also establish, through documentation, that the compensation is actually paid for those reasons. The documentary record, as well as the language of the actual settlement agreement, must establish that the intent, nature, and purpose of payment is consistent with the purported exceptions. The evidence must demonstrate that the payment compensates the injured party for the harm suffered and restores it to its position before the violation of the law.  If the record at any point in the controversy and the related negotiations indicates that the payment was made as a punishment or to deter the taxpayer, then it is not deductible.

To meet this new threshold, taxpayers would benefit from evaluating their document retention policies to ensure that all documentation in the legal process are retained to support both the identification and the establishment requirements. Any ambiguities in the documentation (such as the advancing of alternative arguments for a desired outcome) will inevitably result in controversies between the IRS and the taxpayer. In the event of an audit, the retained documents can be used as evidence of the true nature of the payment.

The proposed regulations could also stall settlement agreements between taxpayers and governmental entities or officials. Since there is a greater burden on the taxpayer to establish that the payments were made as restitution, remediation, or to come into compliance with the law, taxpayers will be increasingly cautious about the communications leading up to and the specific language ultimately used in settlement agreements.

Taxpayers may choose to rely on the proposed regulations under Section 162(f) if applied consistently and in their entirety. Otherwise, they are effective for tax years beginning on or after the date on which they are published as final. Amounts payable under an order or agreement entered into before December 22, 2017 are grandfathered unless a “material change” is made to the order on or after the applicability date of the final regulations. However, the proposed regulations under Section 6050X only apply to orders and agreements that are binding on or after January 1, 2022.